What Will Ethereum’s Change To Proof Of Stake Do To Its Value? – Forbes 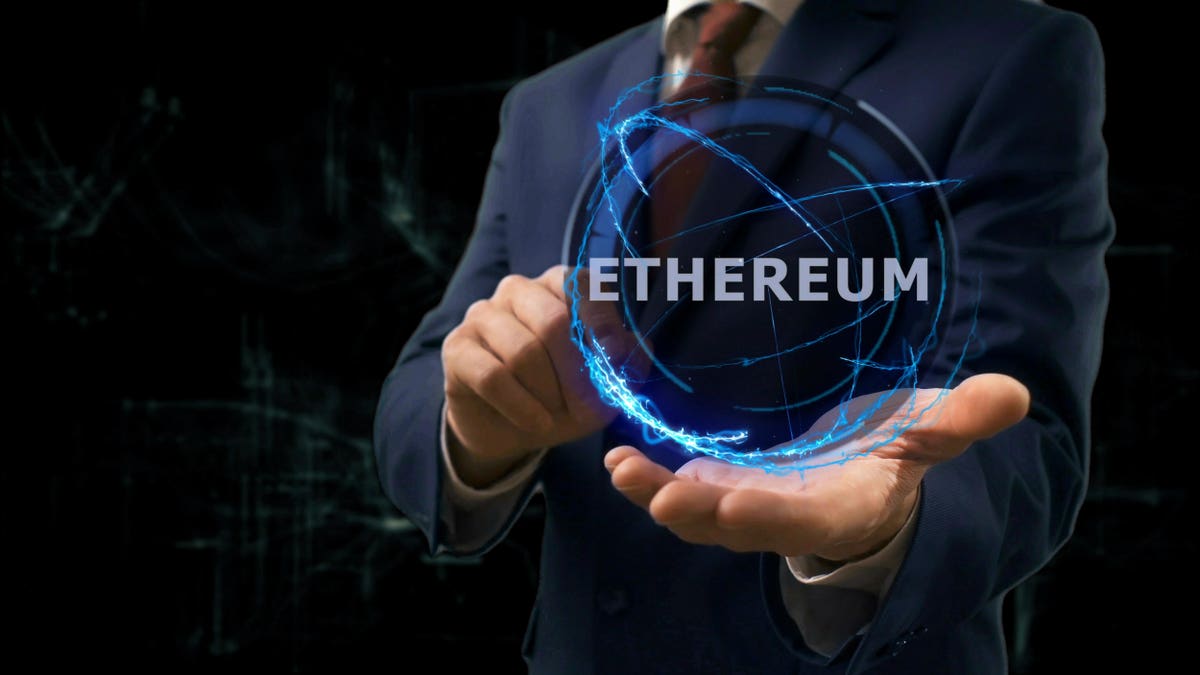 One of my favorite sayings is the Goldwyn-ism, “they improved it worse.”

We have all experienced that, especially in software. So it should be no surprise when Ethereum introduced its “‘London fork” in August to help lower transaction fees, instead they went up.

The huge transaction costs of Ethereum is an extremely interesting dynamic. Often a user of Ethereum can be faced with “gas” costs of $100 or more. This means for a lot of projects, it is uneconomical to use them except for large transactions. Compound, for example, might offer an interest rate bonus of say two Compound tokens after lodging significant amounts with them for weeks, which on the face of it is worth $600, only for the user to be faced with a $130 gas charge to claim their bonus. A 20% plus fee to claim your interest just does not deliver on the promise of crypto and DeFi.

The current solution to this is to use Level 2 blockchains like Polygon (Matic), which have sprung up to take the load off Ethereum and in effect roll up transactions off the Ethereum chain to enter the net-net outcome at some point in the future back onto the Ethereum chain. Rolling up transactions on a slimmer, possible faster parallel blockchain to take the load off Ethereum works, but it’s far from an ideal solution. For one thing the user needs a high level of crypto competence to be comfortable with the whole process of taking your valuable crypto from one chain to the next, with every step quite possibly costly and at all time with the risk of a mistake that might lose your tokens for ever.

The next fix is that Ethereum is going away from “proof of work” mining to “proof of stake” validators.

For those unfamiliar with the terms, proof of work (PoW) refers to a cryptocurrency that is mined using a huge amount of computer processing power to solve cryptographic puzzles, thus validating transactions on the blockchain. The more work your computers do, the more you can mine. Proof of stake (PoS) lets a person validate block transactions according to how many coins they hold—the more coins owned, the more mining power they have. They sit in a queue with other validators and take turn in updating the blockchain.

Ethereum already has a legion of “validators” already up and ready to run and they will replace miners by being in a pool of computers keeping the blockchain up to data in a system of queues that is meant to be much more energy efficient than the competitive proof of work system used by Ethereum now and beloved of Bitcoin. This shift is meant to hugely drop transaction fees with the possibility of killing off all the parallel chains currently feeding off the crumbs of a super-expensive Ethereum transaction cost which are driving users to find alternatives to Ethereum’s extremely expensive fees.

So the questions coming up are, if Ethereum takes a long time to go proof of stake, will it be eaten alive or will it remain the king of smart contract blockchains?

While Ethereum’s token price is high it will continue to be the go-to chain. This might seem counter intuitive but it is because the crypto market remains fixated by price not functionality and it is price action and the lure of exponential profits that claims the imagination of the userbase to a far greater extent than what utility the blockchain enables. As the second biggest brand, Ethereum will remain the dominant smart contract platform until further notice, unless something goes horribly wrong with the proof of stake fork.

The fork could go horribly wrong, and the London fork demonstrates neatly the law of unintended consequences when it comes to software development. It is not hard to destroy technological dominance in one fail swoop with a couple of missteps.

However, the Ethereum team is one of the brightest group of developers out there, so if anyone can execute on such a difficult technical challenge it will be them, but as anyone who has sat in recent days wondering where Facebook went will know, there is no such thing as a technical hiccup that can’t happen.

If they pull off the proof of stake fork smoothly and the transaction prices collapse, then it looks bleak for all the other “Ethereum killer” chains, in the same way as bitcoin cash (BCH) and bitcoin SB (BSV) simply have no hope in replacing bitcoin. Over time most of these blockchains will likely wither away, unless they can add some new special sauce to their offering to give them unique and potent functionality. In the old world of computer software, database companies come and go and this will be the fate of most of the smart contract platforms.

So what of the value of Ethereum as a token if all of a sudden it is doing a great job for much less cost?

A PoS validator gets paid for its maintenance of the blockchain and its queueing up to do so and this provides what amounts to a yield, because to qualify to be a validator it has to stake a big chunk of Ethereum. If staking a validator gives a great yield, this should support and raise the value of the token because that is how bonds work and in this model a validator is like a coupon paying bond.

Speculators, many of which would call themselves investors, love a growth story and loathe the implications of a cash cow play and aren’t fans of the tax ramifications of income.

If Ethereum PoS validation turns it into the equivalent of an interest-paying bond or equity and becomes a cash cow project, the question is, will its token value suffer from a lack a “sizzle?” Sizzle and crazy volatility is what crypto is all about, so what happens to an asset that loses that? To be announced (TBA).

Then there is the strange link between ethereum’s (ETH) price and its transaction costs. Transaction costs zoom and the price soon follows. I would say, it’s not the other way around. That seems logical, too, because a demand for transactions is a direct proof of utility and that utility drives the price of the token as people buy ETH and then spend it to transact. They are prepared to spend ethereum up to the point that the value of the transact is the same as the utility of the transaction and that creates a ‘virtuous’ circle.

If you break the link between ETH’s transaction value and ethereum’s value itself, with proof of stake, do you break the “virtuous” circle of price appreciation? TBA part 2.

I think Ethereum will successfully make the jump to proof of stake and survive intact as the second biggest crypto. However, that fate will be at significant risk and that risk is coming soon.

If Ethereum makes the jump successfully then DeFi and other DAPPS will explode.

As such I will be playing in that space, with one eye firmly looking for the next big thing that’s coming after NFT. It’s out there and spotting it early will be very lucrative indeed.

Ethereum miner revenue has dropped to $498 million, an alarmingly low level, in June. A decline in Ethereum price and...

Ethereum has continued to enjoy a fair share of dominance among the altcoins. That goes for miners as well. Ether...