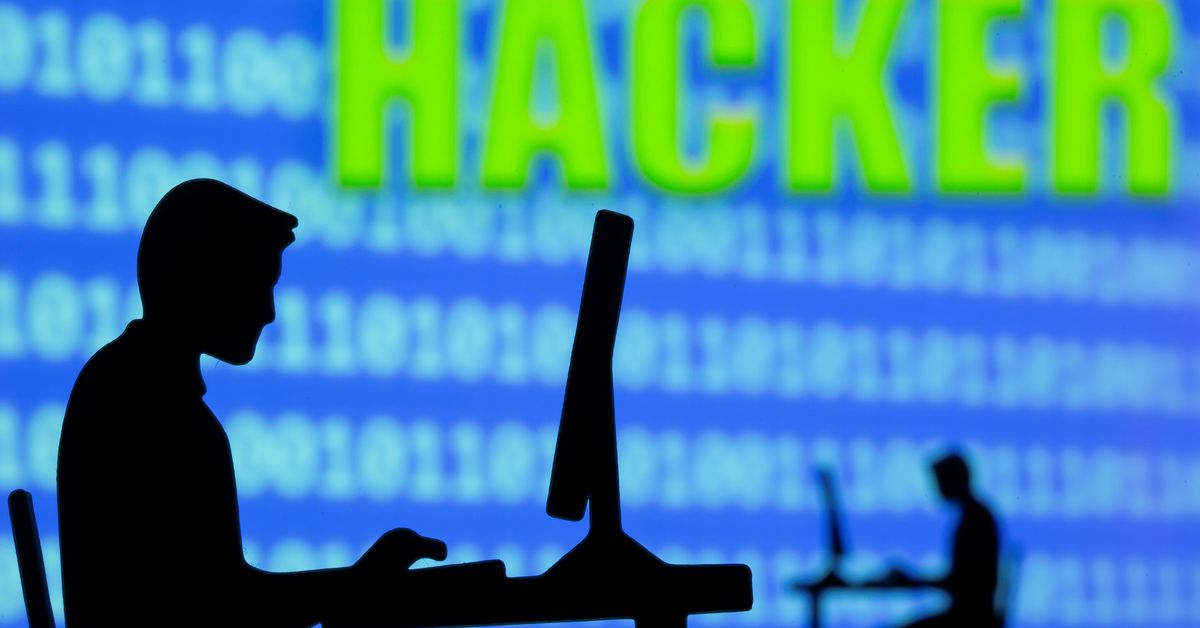 A 3D printed model of men working on computers are seen in front of displayed binary code and words “Hacker” in this illustration taken, July 5, 2021. REUTERS/Dado Ruvic/Illustration

BRUSSELS, Oct 27 (Reuters) – Hackers-for-hire emerged as the biggest threat to online security in the last 15 months, with the COVID-19 pandemic and home working creating opportunities for cybercriminals, EU cybersecurity agency ENISA said in its annual report on Wednesday.

The study, which covered the period April 2020 to July 2021, seeks to help governments and companies understand cybersecurity threats and develop techniques to tackle the problem.

High profile ransomware attacks in recent months include that against the Colonial Pipeline that caused fuel disruptions in the eastern United States in May, and a separate case involving Brazilian company JBS SA, the world’s largest meatpacker.

“The COVID-19 crisis has created possibilities for adversaries who used the pandemic as a dominant lure in campaigns for email attacks for instance. Monetisation appears to be the main driver of such activities,” the report said.

The health sector was a significant target especially in the May-July period this year as hackers searched for vaccine information, the study said.

Public administration and government and digital service providers also reported a large number of incidents. Hackers preferred to be paid off in cryptocurrency.

Other growing cyber threats cited in the report include cryptojacking where a criminal uses a victim’s computing power to generate cryptocurrency and which reached a record high in the first quarter of this year, and misinformation and disinformation.