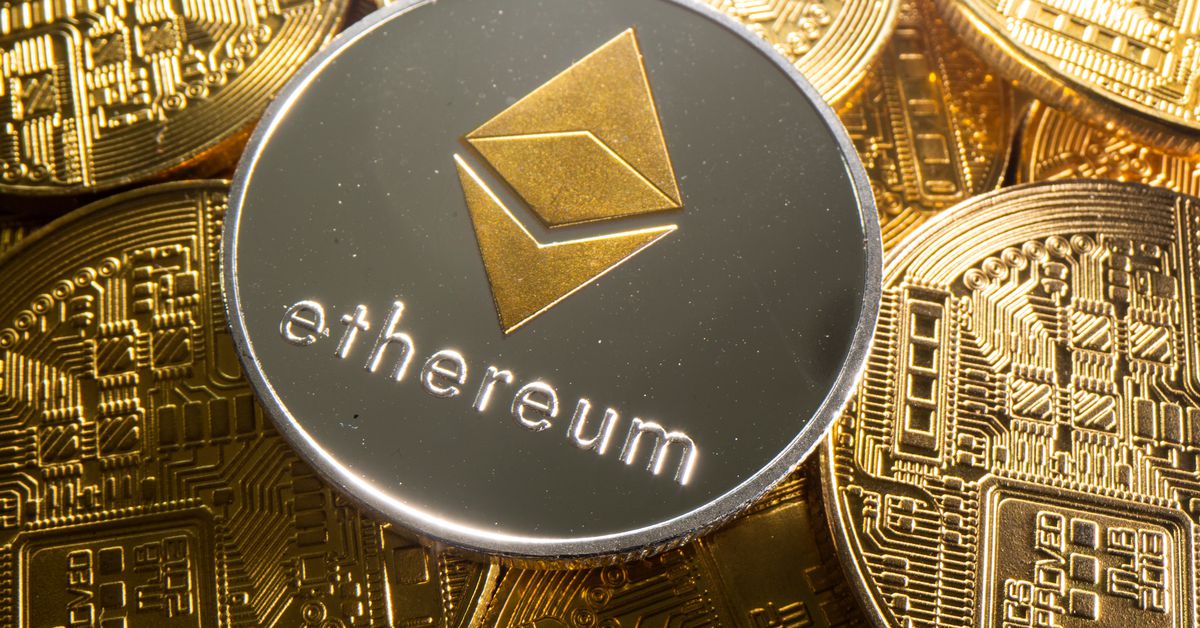 A representation of cryptocurrency Ethereum is seen in this illustration taken August 6, 2021. REUTERS/Dado Ruvic/Illustration

Nov 3 (Reuters) – Ether, the world’s second-largest cryptocurrency, hit an all-time high on Wednesday, catching up with bitcoin’s rally and riding on news of wider blockchain adoption.

The cryptocurrency extended its gains, breaching the previous day’s $4,600 level, after the U.S. Federal Reserve announced a tapering of its asset purchases, but held to its belief that high inflation would prove “transitory” and likely not require a fast rise in interest rates. read more

In the days since bitcoin , the world’s largest cryptocurrency, hit its record high of $67,016.5 on Oct. 20, other tokens on the base layer of blockchain networks, known as Layer 1 networks, have gathered momentum.

“The correlation of crypto versus equities and risk-on sentiments is high,” said Danny Chong, chief executive officer of decentralised asset tracking platform Tranchess, who expects further gains over the quarter.

“Everyone is expecting a bull run with the absence of negative news,” said Chong. “To decide the depth of the move, one should ask what can bring it down?”

“Since the market reversal at the end of September, ether’s strength has been moving in stride with BTC and other majors,” said Ryan Rabaglia, managing director and global head of trading at digital asset platform OSL.

“Ethereum has been the clear winner of the Layer-1s for what we believe will be a substantial shift in a potentially prolonged market sentiment uplift. Ethereum will also continue to play a major role in the NFT and metaverse ecosystem build- out,” he said.

The steady stream of news on cryptocurrency adoption by banks, growth of nonfungible tokens on virtual gaming platforms, launch of bitcoin futures-based U.S. ETFs and a need among investors for diversification in an uncertain interest rate environment have pushed several blockchain tokens, including bitcoin and ether, higher since October.

Smaller tokens, too, have attracted interest after Facebook Inc (FB.O) rebranded itself as Meta to focus on building the “metaverse,” a shared virtual environment. read more

According to digital assets researcher CryptoCompare, assets under management (AUM) in digital investment products rose 45.5% in October to a record high of $74.7 billion. The total AUM for bitcoin-based products grew 52.2% to $55.2 billion, while ethereum-based funds AUM increased 30% to $15.9 billion, record highs for both categories.