A look at what’s driving Ripple

Global payments solution provider Ripple has been in the news the whole year for varied reasons. First, its prolonged legal battle with the Securities and Exchange Commission, which many didn’t expect to go on for this long, especially with Gary Gensler at the helm of the Commission.

On the contrary, the Ripple team has also launched more partnerships, strengthened existing projects, and launched projects without letting the case deter its expansion to new territories. All this has affected the price of XRP over the last 12 months. This piece will illustrate the policies of Ripple, the price analysis of XRP, what has affected its price in the last 12 months, and the future of the platform.

Since the launch of Ripple Labs and the Ripple Ledger, the team behind the project has based its focus on three key areas; improving technology, growing the community, and expanding to new areas.

The technology behind XRP, when it launched in 2013, was a novel consensus principle for the confirmation of transactions different from the Bitcoin proof-of-work format with miners. This consensus method of validation increased Ripple’s transaction time to 2-3 seconds per transaction. 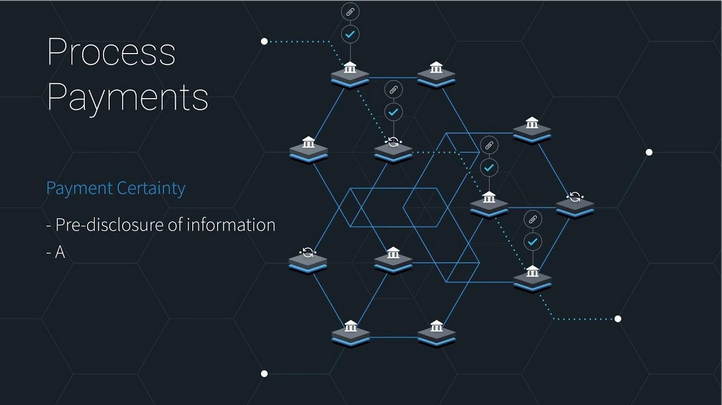 The development of Ripple Ledger, the platform for XRP, which is the blockchain for XRP, was built to encourage decentralization. XRP validators are vast in many countries operating on a secure mechanism. The main factor that led to the adoption of XRP is digital currency’s utility in making global payments and remittances.

Businesses and transactions can now be taken beyond limitations far greater than traditional banking systems. The price of XRP can be generally divided into two phases; before and after the SEC saga.

XRP Before The SEC’s Case

There was once a glorious phase for XRP with analysts and experts rooting for it to challenge Bitcoin. In 2017 and 2018, XRP was the second most valued coin after dethroning Ethereum.

The market dominance of BTC, ETH, and XRP over the last 5 years. Tradingview

Before December 2020, XRP has its prospects as it traded at $0.05 as far back as 2018. XRP had a splendid 2018 though it still traded in the sub $1 range before eventually hitting the mark and kept its foot in second place behind bitcoin.

Although it had shaky months in 2018, it traded high at that time, making rapid gains through months. In late March 2018, the price of XRP fell below to trade around $0.6, but it gained ground back to $0.7 in April before going on another bullish run in that month. XRP gradually lost the form it had early in the year and dropped below $0.3. With massive support from investors and participation from the community, it gained ground up to $0.6, eventually ending the year at $0.3.

XRP During The SEC Case

Contrary to popular belief that the SEC saga killed XRP’s growth, it has traded higher in 2021 than any of the previous years. The fact that the company plans to go public immediately after its case with the regulatory body has been a major boost on the price. This is a result of the fact that investors want to have a piece of XRP before the potential price boost at the end of the day.

The price of the coin has also gained ground this year each time Ripple records a big win in the case against the SEC. On the whole, the Ripple team has successfully turned users to its side with the trial with the narrative that they were witch-hunted and users even willing to sue the SEC.

XRP started this year poorly at $0.21 but has since then gained over 500%, shocking many despite the pending legal battle with the SEC. XRP started showing signs of a bullish run in February, going up to $0.6 before gradually taking a step back.

The first quarter of this year was huge for cryptocurrencies with a renewed mass adoption. Many coins went on an uphill run, with bitcoin hitting its initial ATH of $64,800 before surpassing that feat last week. ETH also made similar progress breaking into the $4,000 mark.

The huge market boom which led to the market cap hitting $2 trillion was also beneficial to the XRP. XRP broke the $1 resistance level in April and eventually went on to $1.96 on the 14th of April. The boost of XRP to this new high got users hopeful on a massive run to $3 before the end of the year and the settlement of the legal dispute. 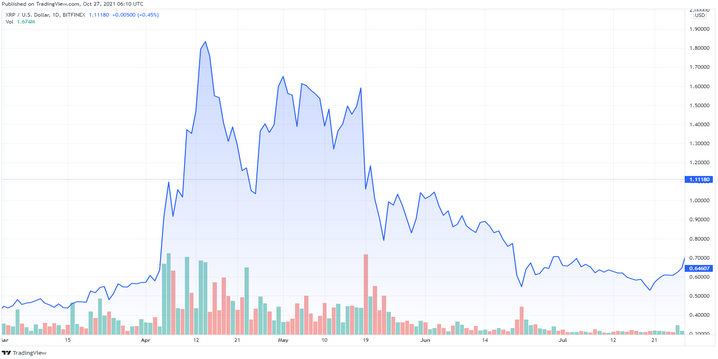 The dream crashed as the price of XRP slowly fell back to $0.5 during the market downturn in August, wiping out over 60% of its market capitalization. XRP has again surpassed the $1 level, currently trading at $1.08.

The Future Of XRP

The future of XRP is closely linked with the SEC case, which will drag on till 2022 unless resolved by both parties. At the end of the trial, XRP could go back to its winning ways, being ranked amongst the top 3 coins or even challenging Ethereum for the number 2 spot when it goes public.

Ripple’s CEO, Brad Garlinghouse, has stated the desire to go public once the legal battle is concluded, and many investors are already itching for the big announcement. The price of XRP in the future is expected to rise whether the case with the SEC is settled, although it would go on a blistering run if it is settled amicably.

Invest in yourself. See our forex education hub.